A Naomi Osaka Aquaracer, and the big watch trends for 2022

Barely is the ink dry on the Christmas thank-you letters, and we are into the first watch fair of the new year. LVMH Watch Week is a relative newcomer to the fair circuit, having had its inaugural outing in Dubai in 2020. What the future holds, given that the LVMH brands, under the leadership of Stéphane Bianchi, are now also exhibiting at Watches and Wonders in March, remains to be seen. Meanwhile here are some of the things we learned from LVMH’s jamboree.

While not officially an LVMH Watch Week launch, the WBLVMHWW (Weekend before LVMH Watch Week) Bernard Arnault sent social media into a frenzy when he appeared on his son TAG Heuer CEO Frédéric’s Instagram playing chess while wearing a one-off Nautilus 5740 (powered by the legendary Caliber 240Q) with a double-signed Tiffany-blue dial. Talk about taking last month’s limited Patek Philippe x Tiffany series of blue dial 5711s to a whole new level … and it’s probably also the biggest thing to happen to chess since The Queen’s Gambit.

Tiffany-blue Pateks notwithstanding, green is still a thing. If you like tennis and you like green, then TAG Heuer has the special Naomi Osaka Aquaracer, with not one, not two, but three shades of green: a very appealing mint dial, five-minute markers that subtly recall the green of tennis balls and a lush verdant-green rubber strap. But for Naomi, green is more than just a pigment: the strap can be swiftly changed for an upcycled one made of repurposed fishing nets. This Aquaracer is a hero product and standard bearer for the expanded Aquaracer line. Although the “Aqua” suffix suggests water, the new 40mm Aquaracer 200 (with 200m water resistance) is being positioned as the watch for all sorts of abstruse outdoor pursuits, whether on water, land, snow or ice… including something called speed flying, which appears to involve skiing while being pulled along by a parachute.

So rich is the TAG Heuer back catalog that it is a rare year that does not bring an anniversary of some type or another. In 2022 it is the turn of the Autavia. The clue is in the name, which blends “auto” and “aviation”. “My father and my uncle felt aviation start to interest them,” Jack Heuer once explained, “and they said, ‘We have to combine this instrument both for the car and the airplane’.” The road and the skies are therefore represented respectively with two new Autavia chronographs and a GMT.

Last year at LVMH watch week Zenith was accused by some of making a Daytona lookalike, although quite frankly I failed to spot the similarity. However, the three-hand steel bracelet Defy Skyline announced this week, does remind one ever so slightly of Audemars Piguet‘s legendary Royal Oak, which celebrates its 50th anniversary this year. However, before you rush to accuse Zenith of boarding the polyhedral bezel bandwagon, bear in mind that the first Defy wristwatch with a 14-sided bezel and octagonal case appeared back in 1969.

Yellow gold is back at Hublot, and makes a welcome return on the Big Bang Integral Time-Only 40mm. That is the big news from Hublot this week, but there will be more to come at Watches and Wonders and we can expect horological fireworks around the World Cup in Qatar. 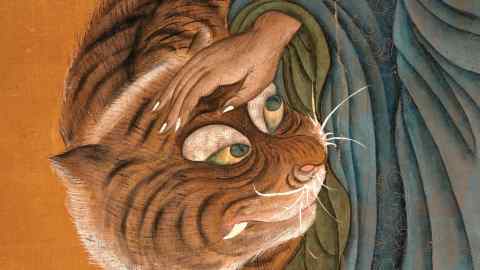 Recent years have seen Bulgaria claim numerous record-breaking feats of size-zero watchmaking with ever-thinner iterations of its Octo Finissimo. Now it extends the miniaturization of mechanical movements to its women’s watches with a caliber the size of a small coin: 102 microscopic components are somehow squeezed into a space just 12.3mm in diameter and 2.5mm thick with a total weight of 1.3g. Having explored the Finissimo (very thin), the brand now aims to master the Piccolissimo (very small). The direction of travel at Bulgari’s watchmaking division is toward discovering ingenious solutions to perplexing horological problems. While the so-called world records may capture the headlines; watch geeks will revel in such engrossing details as the necessity to make the tiny balance wheel of this caliber out of white gold to ensure the correct level of inertia. It seems a shame to shroud such mechanical artistry inside a watch… unless it is a timepiece as beautiful as the Serpenti Misteriosi, which at the touch of the serpent’s tongue reveals the time of day.