Adelphi Capital, one of London’s oldest hedge funds, is to convert into a family office following a recent run of poor performance, in the latest sign that equity managers are struggling to navigate a sharp sell-off in markets.

Adelphi, which was set up in 1997 and had been managing more than $ 4.5bn in assets as of late 2020, said it would restructure its business and return money in its flagship Adelphi Europe fund to external clients, in a letter to investors seen by the Financial Times.

Co-founders and fund managers Roderick Jack and Marcel Jongen will retire as investment managers and Adelphi will continue to operate as a family office, it added in a note on its website. The firm, which said that over the past 25 years it had made “multibillion-dollar gains” for investors, plans to return about $ 3.3bn to clients.

Hedge funds betting on stocks have found markets hard going in recent months, as investors have rapidly readjusted to a series of likely interest rates increases by central banks to combat a surge in inflation, and to the withdrawal of quantitative easing.

That has particularly hit fast-growing technology stocks, whose large predicted profit streams are flattered by low borrowing costs. A number of funds have been suffering, notably the “Tiger cub” managersspawned from Julian Robertson’s Tiger Management.

Equity long-short funds on average lost 3.8 per cent in the first three months of this year, according to data group HFR, having made 11.7 per cent last year.

Adelphi, which has been focused on growth stocks including investments in unprofitable tech groups with strong future prospects, has made average annual gains of about 8 per cent since its launch 25 years ago. That has included double-digit returns in 2017, 2019 and 2020.

But performance more recently has suffered. Last year it lost 8.3 per cent, after a bruising fourth quarter, according to numbers sent to investors, and this year it is down 15.7 per cent.

Adelphi has long been an active short-seller in Europe, betting against stocks such as train ticket booking group Trainline and Dutch office and retail property company Wereldhave. Before the news it would return capital, Adelphi had cut all of its disclosed short positions, according to data group Breakout Point. 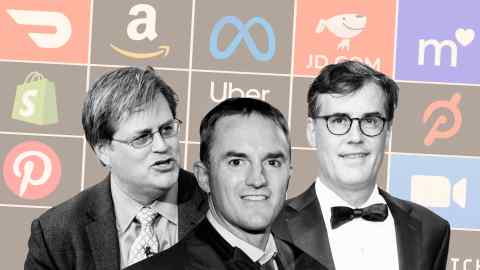 The move to convert into a family office is a well-trodden path in the $ 4tn hedge fund industry, with a number of well-known managers opting just to run their own money, often due to poor performance or because they want greater freedom to take riskier positions.

In late 2015, billionaire Mike Platt announced that BlueCrest Capital would become a family office, before going on to make large profits. In 2019 Louis Bacon told investors he would close his flagship fund to external money, and John Paulson said in 2020 he would turn his firm into a private investment office.

Adelphi now plans to help new investment managers launch and build their funds, it said in the note on its website. Jack and Jongen will remain invested in the fund, which has now liquidated most of its holdings, Adelphi told investors in the letter.

Our weekly inside story on the movers and shakers behind a multitrillion-dollar industry. Sign up here