Bangladesh police have admitted for the first time that an armed group ordered last year murder of a prominent Rohingya leadersaying it was threatened by his growing popularity.

The assassination of Mohib Ullah last September sent shockwaves through the sprawling border settlements that house hundreds of thousands of stateless Rohingya refugees who fled a violent crackdown in neighboring Myanmar.

Hours after the 48-year-old was gunned down in Kutupalong, the world’s largest refugee settlement, his family accused the Arakan Rohingya Salvation Army (ARSA) of orchestrating the killing.

The armed group is waging a rebellion in Myanmar and has been accused of running narcotics, murdering political opponents and instilling a climate of fear in the camps. 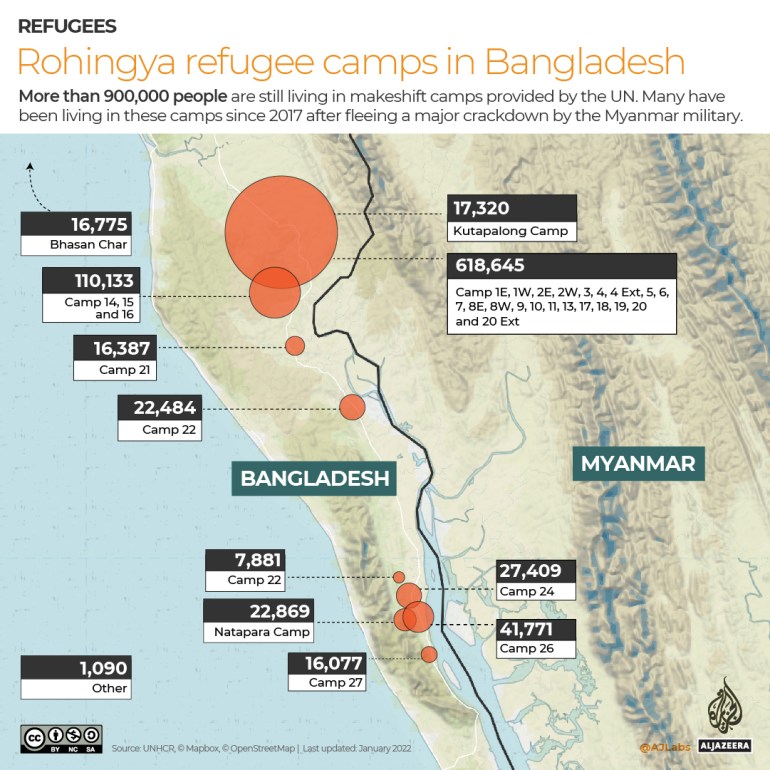 Security forces have routinely denied ARSA operates in the camps and blamed Ullah’s death on an unrelated turf war.

But the police investigation has made headway in recent weeks and the inspector manning the probe on Tuesday said 15 people with ties to the group had been arrested for their role in the killing, four of whom have issued confessions.

“In their statement the four claimed they were ARSA members and they got instructions from ARSA leaders to kill Mohib Ullah,” Gazi Salahuddin told AFP news agency.

“A meeting was held on the night of September 27 to assassinate Mohib Ullah. There were leaders of ARSA (in the meeting) and they demanded he be killed, ”he said.

Salahuddin said he believed the murder was ordered ARSA chief Ataullah, who is believed to be in Myanmar, because of the victim’s growing following.

“They thought Mohib Ullah and his organization had become more organized and popular than ARSA. So they killed him, ”he said.

“Mohib Ullah was working against ARSA and was raising awareness about the group’s criminal activities.”

The armed group has previously denied any involvement in the community leader’s murder. 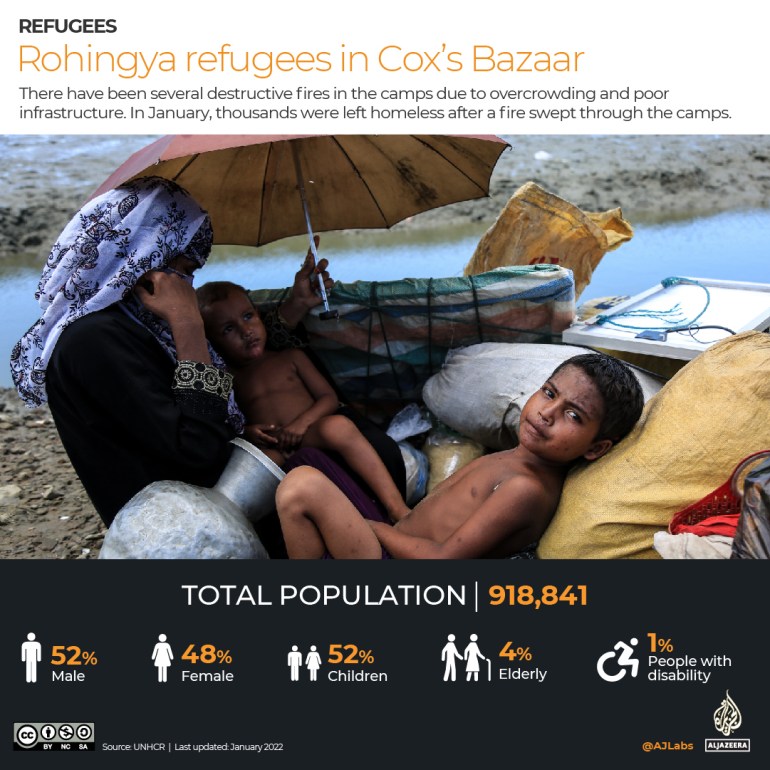 More than 850,000 Rohingya live in Bangladesh refugee camps, most of whom fled a brutal military crackdown in Myanmar that is now the subject of a genocide case at the United Nation’s highest court in The Hague.

Working among the chaos and unease in the camps, Ullah and his colleagues quietly documented the crimes that his people suffered at the hands of the Myanmar military while pressing for better conditions.

The former schoolteacher shot to prominence in 2019 when he organized a protest of about 100,000 people in the camps to mark two years since their exodus.

He also met then US President Donald Trump in the White House that year and addressed a UN meeting in Geneva.