Australia’s ambassador to China has been denied entry to a Beijing court that is trying a journalist on suspicion of supplying state secrets overseas.

Cheng Lei, an Australian citizen who worked for Chinese state broadcaster CGTN in Beijing as a business news anchor, has been allowed little contact with her family and friends during her 19 months of detention.

“We can have no confidence in the validity of a process which is conducted in secret,” Graham Fletcher, Australia’s ambassador to China, said outside the courthouse, where diplomats and journalists were convened.

“We do not have any information. That is part of the reason we are so concerned. We have no basis to understand why she has been detained, ”he said.

Fletcher added that Australia’s diplomatic protests had failed to increase transparency around the trial, with Beijing claiming it was a “national security case”, which meant officials would “not reveal any information about it”.

It is unclear when the court will reach a verdict and hand down a sentence for Cheng.

Another high-profile detained Australian, pro-democracy author Yang Hengjun, remains in a Chinese prison nearly a year after going on trial at the same Beijing courthouse. It is unclear if the court has reached a verdict in his case.

Chinese courts have a 99 per cent conviction rate and the charges levied against Cheng could put her in prison for life, but analysts expect a five to 10-year sentence.

Cheng’s trial takes place as relations between Australia and China have sunk to their lowest level in a generation, with tensions growing fraught after Canberra called for an international probe into the origins of Covid-19 and its introduction of tough laws against foreign interference in Australian politics and domestic affairs.

“Her two children and elderly parents miss her immensely and sincerely hoping to reunite with her as soon as possible,” Cheng’s family said in a statement. An acquaintance of Cheng’s said she had been unable to speak to her 12-year-old daughter and 10-year-old son since her detention in August 2020. 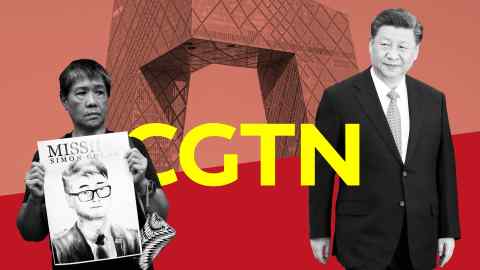 Cheng has been allowed monthly virtual visits with Australian consular officers. A person briefed on the visits said Cheng was sometimes brought into the room with a hood over her head and strapped to a chair with a board across her lap.

Friends, family and Australian officials are unsure why she was arrested. China detained two Canadian citizens after the arrest of Meng Wanzhou, chief financial officer of Chinese telecoms giant Huawei, in Vancouver. Some analysts think Beijing could be using Cheng’s arrest to gain leverage in relations with Canberra.

Others speculated that her case could be connected to that of Haze Fan, a Bloomberg News journalist and close friend of Cheng who was detained in Beijing a few months after authorities arrested the CGTN anchor.

“It’s all a mystery, quite frankly, it could be anything for all we know,” said the Cheng acquaintance.