A consortium led by Australia’s biggest pension group and Singtel has agreed to buy the mobile towers business of investment bank Macquarie for A $ 3.58bn (US $ 2.68bn), reflecting the growing appetite among funds to acquire infrastructure through private market deals.

AustralianSuper, which has A $ 260bn assets under management, and the Singaporean telecoms group will buy Axicom just six months after the pension fund bought a 70 per cent stake in Australian Tower Network from Singtel. Following the deal, ATN will own about 4,000 towers, which it will be free to lease out to any telecoms provider, not just Singtel or its Australian subsidiary Optus.

Mobile towers have been carved out and sold off to specialist companies and infrastructure funds in recent years as telecoms companies have come under pressure to shore up their balance sheets and to focus investment on 5G and fiber network expansion.

Towers generate cash over a long period of time and can be better exploited under independent ownership than by a telecoms company by adding equipment from rival companies on to the mast, analysts said.

Companies including Spain’s Cellnex and American Tower have rolled up tens of thousands of towers in other markets, as carriers including Telefónica and CK Hutchison have sold off their estates.

Other telecoms companies, including Vodafone and Orange, have carved out independent companies in an attempt to keep control of their towers while boosting their valuation and pursuing deals.

Macquarie has long been an investor in global telecoms infrastructure, buying assets including UK broadcast and telecoms towers company Archive in 2007.

Through its investment banking arm Macquarie Capital, it has played a central role in freeing up Australian telecoms tower infrastructure for pension fund investment in recent years.

The bank advised Telstra, Australia’s largest telecoms company, on the sale of its 49 per cent stake in TowerCo, its own tower network, to a consortium of pensions funds last year. 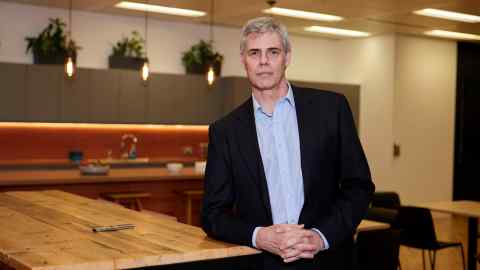 Infrastructure funds have increasingly looked to buy other parts of the telecoms network, including the copper and fiber networks and data centers, as integrated groups in the sector have been broken up.

AustralianSuper’s stake in the company will be 82 per cent and Singtel’s 18 per cent, a spokesperson for the pension fund said.

ATN, which owns about 2,000 towers, was previously owned outright by Singtel through Optus.