According to a report by the operating body TheCityUK, financial services companies in the city of London are facing catching up with talented employees who threaten the competitiveness of the Square Mile.

The group has called on ministers to draw up a new short-term business visa so foreign nationals can visit the UK. This will simplify the cost and time it takes to relocate people to the regional offices under the current immigration rules. The report was compiled by the City of London Corporation, which controls the Square Mile, and EY.

At the beginning of the year, the United Kingdom ended the freedom of movement between the UK and the EU. TheCityUK said that nine months after Brexit financial and related professional service companies experienced ‘significant cost increases’ to secure the highly skilled talent they need to compete on the global stage.

Within the British services, about a fifth of the workers are international. It rises to 42 percent of employees in the booming fintech sector, the statement said.

He said competing cities are fighting for top talent in the EU, US and Asia. “The UK must work harder to modernize its immigration processes, reduce the burden of red tape and increase its flexibility and adaptability to business needs.”

Overseas staff visiting the UK must apply for a work visa, even if business activities are incidental or for a very short period of time, leading to administration, costs and delays. “There is no ‘middle ground’ between visitor status and a work visa,” TheCityUK said. 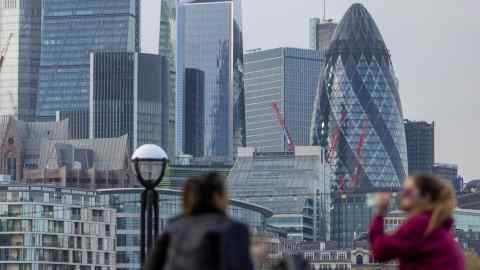 The pressure on the visa system is expected to increase when business travel starts to increase again after Covid-19 caused many businesses to stop everything but essential overseas travel.

Seema Farazi, a partner at EY who helped draft the report, said that after the pandemic, there is likely to be a much more agile workforce as well.

The group said the UK government had already made some improvements to the system, but that it had made further efforts to reduce administrative costs and processes for employers.

Short-term travel to the UK under intra-corporate transfer schemes means extra costs, with an immigration charge of £ 1,000 per year.

TheCityUK calls on ministers to negotiate a transfer route within the enterprise for subjects of key trading partners on a reciprocal basis.

The immigration skills levy must be paid in advance and partial repayments can take many years. Meanwhile, smaller employers report that cash flow issues can cause a large amount to be paid in advance. The group argues that there should be more flexibility to pay.

TheCityUK also said that the UK did not agree with the EU on reciprocal arrangements for youth mobility. The group wants the UK to open up these arrangements, allowing people between the ages of 18 and 30 from countries, including Australia, Canada and New Zealand, to live and work in the UK for up to two years, more broadly for a greater number of talent.