Walk down Fischersund, an alley in Reykjavik’s old town, and you will encounter a small black corrugated iron building with an inconspicuous antique key symbol hanging above the door. Formerly the recording studio of Icelandic musician and Sigur Ros frontman Jónsi Birgisson, the place has recently been transformed by him and his three younger sisters, Inga, Lilja and Rosa, into a sensory perfume shop and exhibition space. The family-run boutique is named Fischersund after its location.

“We have really similar aesthetics and are attracted to the same things,” says Lilja, an artist and photographer who is also the company’s creative ambassador. Inga directs art, and Rosa (after whom Jónsi’s orchestra is named) is the resident artisan and production manager. “We dreamed of doing something together and fell in love with our brother’s first perfume.”

After 10 years of studying the world of essential oils and aroma molecules, Jónsi is the brand’s self-taught nose. His experimental approach to fragrance composition is comparable to his avant-garde musical process, resulting in both peculiar notes and enveloping overtures. Its first and best-selling fragrance, No 23, references smoke in the air, tarred telephone poles, cut grass, a beach whale and tobacco leaves with notes of black pepper and Icelandic Sitkaspar (£ 126). No 8 riffs on “brand new sneakers, mouth[s] full of lemon sweets and fingers sticky from motor oil and stolen rhubarb from a neighbor’s garden, peeled, honey poured in and chewed on ”. “He can create symphonies with scents,” says Lilja.

“I still learn new things every day,” says Jónsi. “You will make hundreds of bad blends until you are barely satisfied with something. I call it the bottomless pit of disappointments. But with each new mix you will learn something and slowly become obsessed with this endeavor. ” And how do you translate Iceland’s essence into a bottle? “Wind hits your face. All the oxygen, ”he says. “I think it’s just the cruel outdoors.”

The siblings see the store less as a retail environment and more as a place to break and rest. They enlisted interior designer Eleni Podara to conjure up a theatrical, moss-strewn space inspired by old Icelandic haunted houses. Guests follow an illuminated path past a “perfume organ” (Jónsi’s mixing table, built from the remains of an old organ) to a room full of Fischersund’s flavors. The range, handmade in Iceland, offers candles, incense sticks and four fragrances including Unexplained, a collaboration with the Icelandic clothing brand 66 ° North which has notes of freshly cut grass and sea air (£ 126).

The basement of the building is home to a small museum whose current exhibition depicts works by Icelandic writers such as Andri Snær Magnason and Jónas Hallgrímsson in fragrance, using Arctic thyme, seaweed and moss. The store also offers regular art shows and events. 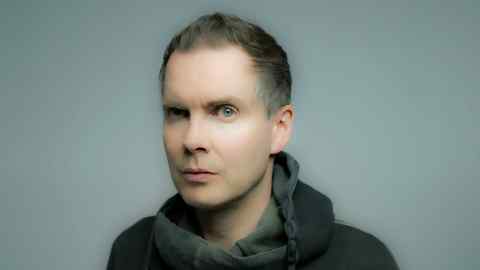 Fischersund is shipped worldwide and is now available in London Pantechnicon, but the captivating experience of visiting the store turned it into a pilgrimage for locals and visitors alike. “I love that it is a family business,” says Jónsi. “Everyone is involved at some point. My father makes incense, my sister makes candles, I perfume, my mother embroiders the pillows – photograph and design everything myself. ”