Channel 4 proposed partnering with private investors to spend £ 200mn a year on British films and shows as part of an alternative plan to head off privatization, according to documents shared with ministers.

The confidential blueprint presented in February to Nadine Dorries, culture secretary, set out a business case for the commercially funded, government-owned broadcaster to remain in public hands, based on the biggest overhaul of its model since it was founded in 1982.

Along with an injection of private capital, the plan seen by the Financial Times would have allowed Channel 4 to benefit from the secondary sale of rights to projects commissioned through the joint venture, a controversial evolution of its “publisher-broadcaster” model.

Alex Mahon, Channel 4’s chief executive, pitched the approach as a way for the broadcaster to raise investment while keeping a public ownership model that would increase its support for Britain’s creative economy, particularly outside London.

Dorries ultimately rejected Channel 4’s proposals this week, deciding to press ahead with legislation to enable the privatization because government ownership was “holding back” the broadcaster from competing with Netflix and Amazon.

But she has faced a backlash from some senior Conservative MPs and Lords, setting the stage for a legislative battle over the next 18 months that could see opponents of privatization rally around Channel 4’s alternative vision.

According to documents seen by the FT, Channel 4’s business plan sought to give the broadcaster access to private capital and debt, using a hybrid structure that it argued would keep the borrowing off the public sector balance sheet. The joint venture would be majority-owned by private investors.

Other elements of the plan included expanding the on-demand streaming service All 4 to international markets, doubling its staff presence outside London, and enshrining a commitment to direct at least half its spending to the UK’s nations and regions.

“Our alternative vision for Channel 4 would bring private capital into the business for the first time – outside of the public sector balance sheet – to enable greater content investment,” the broadcaster said in its paper to ministers.

Under its publisher-broadcaster model, Channel 4 typically commissions content from independent producersbut only buys the rights to air the shows or films in the UK for a limited window of time.

While this has allowed UK producers to benefit from secondary sales it has left Channel 4 with no library of intellectual property from four decades of commissioning, including from films that have won 37 Oscars.

When commissioning through the joint vehicle, Channel 4 claimed its business plan would allow it to “benefit from IP without breaching the publisher-broadcaster model”. 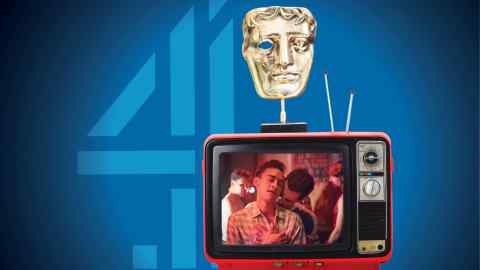 In its proposal, Channel 4 does not elaborate on how it would pick projects for the joint vehicle, or whether independent producers would retain any secondary rights.

“Based on advice from external financial advisers, we estimate it could scale to £ 200mn per annum,” the broadcaster wrote. Channel 4 estimated its international expansion and the joint venture would increase its annual spending by £ 300mn in total by 2030. Channel 4 at present plans to spend £ 700mn on commissioning content in 2024.

The documents disclose Channel 4’s unaudited results for 2021, saying annual revenues rose more than a quarter to £ 1.2bn, with a financial surplus of £ 100mn and a cash balance of £ 270mn.

Financial advisers commissioned by Channel 4 estimated privatization would raise £ 500mn to £ 1bn for the public purse, but hit the supply chain outside the capital, costing jobs and threatening the future of dozens of production companies.

Channel 4 declined to comment. The Department for Digital, Culture Media and Sport did not immediately respond to requests for comment.