Almost all FTSE 100 boards have appointed at least one minority ethnic member in time to meet targets of the government’s Parker boardroom review, although most are still failing to bring through diversity in executive roles.

Sir John Parker was commissioned by the government in 2015 to encourage greater diversity in boardrooms. He set a target for all FTSE 100 boards to have at least one director from a minority ethnic background by December 2021, and for FTSE 250 boards by the end of 2024.

According to the results of the review to be published on Wednesday, 94 of FTSE 100 companies have appointed a director from a minority ethnic group, a sharp rise from five years ago when just half had people from non-white communities in their boardrooms.

The review found that the overwhelming majority of board positions occupied by people of color were non-executive directors, however.

Only six chief executives across the FTSE 100 came from a minority ethnic background, and 16 lead FTSE 250 companies. There are even fewer non-white chairs: three in the FTSE 100 and five in the FTSE 250.

Only about half of FTSE 250 companies have minority ethnic representation on their boards, although these smaller companies have until 2024 to reach the target.

“You have got to build boards with the very best talent in today’s very competitive world, with the range of gender and ethnic diversity,” he said.

“Increasing the population of ethnically diverse candidates in the boardroom will result in greater opportunities for candidates to move forward in the future into chair roles.”

Parker said he would step down from the review committee, with current co-chair David Tyler taking over the lead chair.

The review said that a further three FTSE 100 companies were at advanced stages in recruitment, leaving three companies with no ethnic minority board members or stated plans to do so soon: Russian metals group Evraz, which was mentioned in sanctions last week against its largest shareholder Roman Abramovich; defense company Meggitt, which is being acquired by a US rival; and Dechra Pharmaceuticals.

Arun Batra, EY partner and chief executive of the National Equality Standard, said that attention should be focused on FTSE 250, and ensuring greater diversity in its executive committees.

“All the mechanisms that we’ve deployed in the recruitment of the board, we’re going to try and deploy in the appointment of the executive tiers. We are going to keep pushing the boundaries. ” 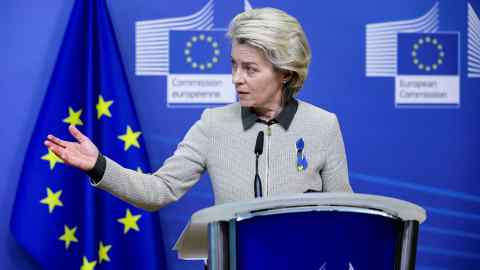 Moni Mannings, who serves as a non-executive director of Hargreaves Lansdown, easyJet and Investec Bank, said there has been “sharp stakeholder pressure” encouraging companies to meet targets over the past few years.

This pressure from investors and customers had increased after the killing of George Floyd in the US in 2020, she added, which sparked global protests.

“I’m not going to say it’s all done, but certainly the boards that I’m on, I feel safer and more comfortable around the table – different to maybe seven or eight years ago.”

Mannings said that “there has not been the same amount of pressure on the FTSE 250 [but] that pressure will grow. . . I think they will get there ”.