India’s largest tobacco company is banking on growth of its cigarette business even as it promotes its environmental, social and governance standards to attract investors scared away from the industry.

ITC has sought to diversify beyond cigarettes, expanding into everything from fast-moving consumer goods and technology to hotels. But cigarettes account for a third of revenues and 80 per cent of earnings before tax and interest at the 112-year-old company and ITC expects the market to expand, as consumer switch to cigarettes from alternatives such as chewable tobacco.

Sanjiv Puri, ITC’s chair, told the Financial Times in an interview that the company would expand its core business while promoting “responsible capitalism” and ESG-compliant practices.

“We’ll continue to invest and strengthen market standing” in cigarettes, Puri said, alongside its alternative businesses.

But Vaishakhi Mallik, an associate director at Vital Strategies, a public health campaign group, rejected the argument that cigarette companies could be considered sustainable.

Tobacco kills more than 1m people a year in India, she said, and despite “trying to convince the public, investors and governments that they’re changing for the better. . . this is still an industry that harms health and the environment ”.

ITC’s largest shareholder is British American Tobacco, with an almost 30 per cent stake, and the Indian company reported revenues of Rs158.6bn ($ 2bn) and profit after tax of Rs41.6bn in the quarter that ended in December.

ITC’s diversification plan reflects the strategies deployed by global tobacco groups to avoid being blacklisted by investors even as they remain dependent on the high profitability of cigarettes. It also underscores the paradox that cigarette companies can enjoy high ESG ratings for making supply chains more environmentally friendly despite the health damage caused by their core products.

Marlboro maker Philip Morris International says its long-term ambition is to wind down its cigarette business. Swedish Match, a Stockholm-listed company specializing in the smokeless tobacco product snusannounced in September that it planned to spin off its cigar business and become “smoke-free”.

ITC faces unique challenges. A ban on e-cigarettes in India means it is unable to diversify into reduced risk sectors such as vaping, as its international peers have done.

“ITC is in a very difficult position because of the environment in which they operate,” said Erik Bloomquist, a global tobacco industry consultant.

But the company scores a double A rating on MSCI’s ESG index, which is relatively high among large Indian corporations. Puri said the company was carbon-positive, meaning it absorbed more CO2 than it emitted, and argued there was an emerging consensus among investors that companies should be judged on how they were “transforming” rather than excluded from portfolios. “It’s an evolution that is happening,” he said.

India has the world’s second-highest number of tobacco consumers at about 270mn adults, according to the World Health Organization’s Global Adult Tobacco Survey. But ITC says fewer than 10 per cent smoke over-the-counter cigarettes, with the rest consuming smuggled cigarettes, chewable tobacco or beedistobacco hand-rolled in a leaf. 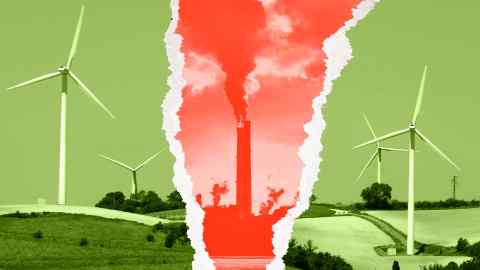 Puri also told investors in December that ITC planned “to maximize the potential of the cigarette industry within the tobacco basket” but its non-tobacco businesses would grow faster. He did not rule out splitting the businesses, saying it “could be an alternate model in future, and we are quite open and flexible to it”.

But investors have not yet been convinced tobacco companies can form part of an ESG portfolio.

ITC’s stock has rallied 15 per cent since late February as investors judged it to be cheap. But foreign institutional holdings of the stock have nearly halved to about 10 per cent since 2017, according to brokerage Motilal Oswal. “There is no material reduction in its dependence” on cigarettes, the brokerage said.