The project will handle the entire battery production process including smelting and refining nickel, manufacturing precursors, cathode materials and cells, and assembling finished products in the south-east Asian country.

Indonesia is the world’s largest producer of nickel, with about 21mn tonnes of reserves, according to US Geological Survey data.

The deal comes as South Korean battery makers have increased investment in the chemicals and materials used in EV batteries to reduce their dependence on China, the world’s biggest processor of most of the minerals needed for production.

The war in Ukraine has added to the pressure to improve supply chain security. Russia accounts for 11 per cent of the world’s nickel production and prices of crucial commodities have increased significantly since the invasion.

The London Metal Exchange’s three-month nickel price has risen about 60 per cent this year to $ 33,175 a tonne as of April 14, increasing concern about the growing cost burden of battery makers.

The auto industry’s plans to pivot away from fossil fuel-powered vehicles has been complicated by its heavy reliance on refineries and factories in China, where about 80 per cent of battery materials are processed.

“The stable supply of raw materials has become much more important for battery producers amid the deepening crisis in Ukraine,” said Yoon Hyuk-jin, an analyst at SK Securities. “Korean battery makers need more of these upstream investments for their long-term competitiveness in order to reduce their reliance on Chinese materials.” 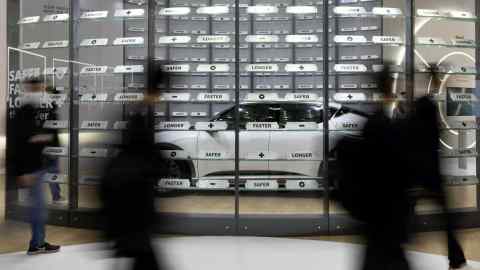 “We expect the project to improve our battery business capability and profitability by securing competitive raw materials in a stable manner,” LGES said.

The company is also building a $ 1.1bn battery cell plant in Karawang Regency, 65km south-east of Jakarta, as part of a joint venture with Hyundai Motor group.