Microsoft CEO Satya Nadella has been named chairman of the software company, ending two decades of separation between positions amid continuing questions about the board’s handling of a co-founder investigation. Bill Gates.

Nadella is the second person to hold both the CEO and the chairmanship in 46-year history. Gates had both roles until he resigned as CEO in 2000, although he was chairman until 2014 and still acts as an adviser to Nadella.

Microsoft has sought to paint the transition to boardroom as a natural extension of Nadella’s seven-year leadership. According to a company spokesperson, it has been informally discussed between him and former chairman John Thompson since the end of last year. It was also approved at the regular board meeting in June, the normal time for it to make any boardroom changes before the end of the financial year at the end of the month, the spokesman said.

However, it also comes at a time when the board is under scrutiny over dealing with Gates’ departure as director early last year. He leaves afterwards Microsoft‘s directors – including Nadella – have launched an investigation into what the company recently called a “concern”. . . that in the year 2000, Bill Gates wanted to start an intimate relationship with an employee of the company.

The investigation only became known a month ago, after Gates and his wife Melinda announced their intention divorce and U.S. media reported allegations of sexual approaches to women at both the software company and the couple’s charity. Through a spokesman, Gates denying he left the board due to the investigation of the company. 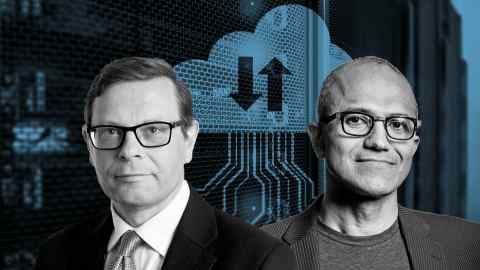 At that point, he said that he is leaving “to devote more time to philanthropic priorities”. Microsoft on Wednesday declined to say whether the board’s investigation was completed, and whether it allowed the case after Gates resigned.

Thompson, who has served as chairman since 2014, has returned to the post as previously independent director he previously held, the company said.

Gates has been a constant presence at Microsoft in the more than two decades since he stepped down as CEO at the height of the US antitrust action against the software group.

After handing over the chair in 2014, he continued to advise a third of his time at the company Nadella, with the rest split between the Bill & Melinda Gates Foundation and its private investment group. Since leaving the company following the board investigation, he has continued as an advisor to Nadella, while spending much less time on Microsoft work, according to the company’s spokesman.

#techFT provides you with news, commentary, and analysis on the major enterprises, technologies, and issues that are shaping the fastest growing sectors of specialists around the world. click here to get #techFT in your inbox.