Almost since the inception of men’s Test cricket, nearly 150 years ago, there has been talk of the demise of the five-day game. Shrinking attention spans and competing pressures on leisure time have fueled the debate.

There is one contest, however, where such discussions fade away: the men’s Ashes – the five-match series between England and Australia.

History and the cultural ties between the two countries mean the Ashes remain the most alluring contest in men’s Test cricket.

That is despite India having taken over both nations as cricket’s financial behemoth, capitalizing over the past decade on the commercial potential of short-form Twenty20 cricket. 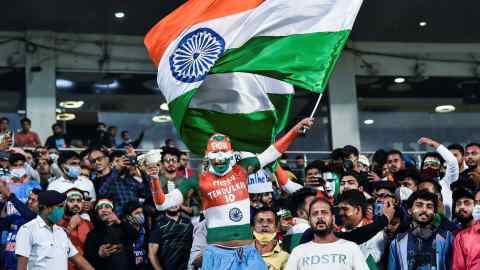 Whatever the swings in caliber of the two teams, the Ashes, and their brand, do not seem to suffer.

In the most recent series, Australia, ranked third in the world, again beat England, ranked fourth, at home – by four matches to nil. In fact, England have not won a Test in Australia for more than a decade.

Before this latest series, England had played the two highest-ranked countries, New Zealand and India, winning just one of six Tests. Yet, despite the status of these opponents, the matches continued to be framed in the context of the Ashes series that was approaching.

The BBC’s Project Ashes podcast, released on the eve of the tour to Australia, confirmed the obsession. Players, support staff and pundits discussed how the past two years for the England set-up had been dominated by preparations for the series.

“Of course, it will define my captaincy,” said England skipper Joe Root. “I’m not naive enough to think it will not.”

However, the Ashes are considered so central to the fabric of cricketing culture in the UK that the BBC retained the radio rights and attracted an audience that no other series does. 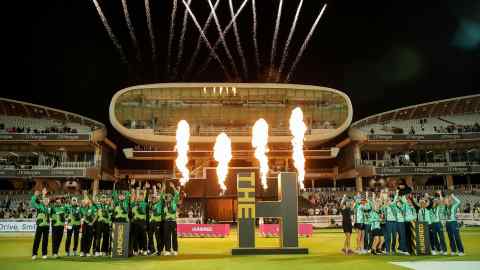 The Ashes remain big business on screen, too. Sky Sports has exclusive television rights to England’s home tests, as part of a five-year, £ 1.1bn deal up to 2024 (which also gives the BBC rights to some limited-over matches).

But the appeal of the Ashes has attracted other broadcasters to bid for England’s away fixtures against the Australians.

In 2015, BT Sport signed a five-year deal worth about £ 80mn with governing body Cricket Australia that included the 2016-17 Ashes – compared with Sky’s approximately £ 50mn over the four years before that.

For the latest series, a slimmed-down package cost BT about half the previous sum that it paid.

The series’ enduring appeal even enticed Discovery, the US subscription broadcaster, to put in a bid last year. “Safe to say that all premium content that comes along our desk we take a very good look at,” noted Andrew Georgiou, president of sports at Discovery.

Meanwhile, consider the example of England men’s Test series away to India early last year. Domestic broadcaster Star Sports’ £ 20mn asking price for the UK rights put off bidders, meaning there was a possibility the series would not be televised at all in the UK. (Channel 4 picked up the rights in a late deal.)

With substantial broadcast revenue at stake, the final Test in the latest Ashes series was switched to Hobart in Tasmania. It had been scheduled for Perth, but quarantine rules in Western Australia made movements difficult.

By comparison, the first 35 matches in the 2021 Indian Premier League had an estimated cumulative TV audience of 380mn, according to the Board of Control for Cricket in India.

As far as the five-day game goes, the Ashes remain an appealing spectacle, no matter how poor England’s batting gets.