Nomura has launched a fund designed to trap young executives in Japanese companies whose old owners have no successor, a looming issue in the country where a third of small and medium-sized businesses are run by people over 60 word.

In his eagerness to inject fresh blood into the aging of veins of Japan’s business world, Nomura’s new fund will broaden the qualifications required of next-generation CEOs, with ambition, hunger and an appetite for risk that could potentially trump formal education.

The rejuvenation company, which launched Japan’s largest investment bank in partnership with an existing company specializing in the education of top executives, emerged as Fumio Kishida, Japan’s newly installed prime minister, emphasized his government’s support for the country’s small and medium-sized enterprises.

Nomura is not the first to see the commercial potential of the country’s mass succession problem in a sector that employs more than two-thirds of the working population.

It enters a field already full of private equity buyers and acquisition brokers such as Nihon M&A Center, Strike Co and M&A Capital Partners, which collectively enter into hundreds of transactions per year in sectors ranging from construction and retail to wholesale and services.

Japan’s profile as the fastest aging nation means that tens of thousands of privately owned companies are run by greyish members of the founding families, according to both Nomura and the government’s estimates. Many of them are high quality businesses but do not have willing or competent successors.

As Japanese corporate governance standards have risen, listed companies that believe they have a suitable descendant to take over are facing an uphill battle to convince shareholders that their descendants are the ideal candidate. 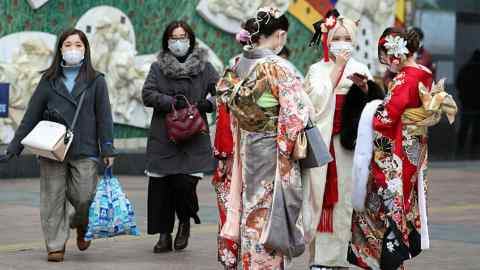 Nomura’s Japan Search Fund Platform plans to select young and ambitious prospective CEOs, known as “seekers”, and help them identify companies where they can be installed as the successor and ensure the company’s survival. At the same time as the new CEO lands, the fund would provide a capital injection and receive a stake in the business.

The fund helps connect a young CEO who is dedicated to turning the business around with a company to support the succession. The seeker then becomes the successor to the CEO, ideally to rejuvenate the company and let investors out of the deal at a profit.

Noriko Shimazu, who heads the Japan Search Fund Accelerator that works closely with Nomura, said the difference between this new venture and the competition would be to identify companies that are still on the verge of to conclude an agreement and to propose to them strong candidates for CEOs.

“We do not select applicants based on their MBA or training, we want them to show us their potential,” Shimazu said. In addition to being entrepreneurial and active, prospective executives should be able to “learn through trial and error, make their own mark, and have excellent communication skills.”

The expected average size of the deal is between $ 1.8 million and $ 4.3 million, with an internal rate of return expected to be on par with buyout funds at about 20 percent, Nomura said.