United States credit-card balances increased every quarter in 2021, with the fourth-quarter gain the largest in figures dating back 22 years, data shows.

Credit-card balances increased every quarter in 2021 to end the year at $ 856 billion, the Federal Reserve Bank of New York said Tuesday. The fourth-quarter gain was the largest in figures dating back 22 years, and while the total amount is still below pre-Covid levels, the gap is closing rapidly. 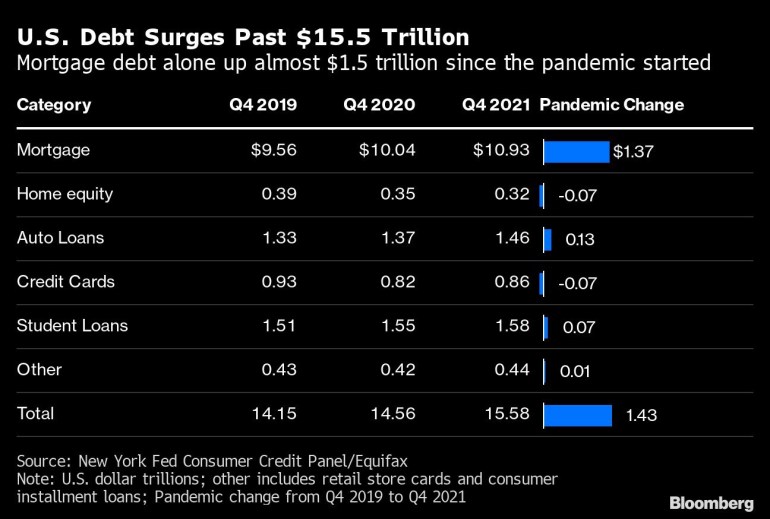 As prices of new and used cars have soared, buyers have borrowed larger amounts to finance the extra costs. This will create a longer-term financial burden for households stuck with large loan payments even as prices of used vehicles start coming down from their peaks.

“This is especially a risk for these borrowers who would find themselves owing significantly more on their cars than they are worth if and when used car prices normalize, particularly as the increase in used motor vehicle prices may prove unsustainable,” New York Fed economists said in a blog post.

The US Federal Reserve is poised to increase interest rates this year to help fight decades-high inflation in the country. This will make it harder for Americans to pay down their credit-card debt, according to Ted Rossman, senior industry analyst at Bankrate.com.

The average credit card charges 16.28%, according to Bankrate. “That could easily be over 17% by the end of the year,” Rossman said. “Roughly half of credit cardholders carry debt from month to month. This is really expensive debt. ”

Overall, US household debt increased by $ 333 billion to $ 15.6 trillion last quarter – $ 1.4 trillion higher than at the end of 2019. The vast majority of the increase came in mortgage balances, the largest component of household debt with a 70% share. All debt types saw gains, except student loans.

As interest rates rise, debt becomes more expensive to service. The average 30-year mortgage rate rose by about 50 basis points last year and has since gained another 40 basis points. It means that a buyer who wants to make monthly payments of about $ 1,650 can now afford a house worth roughly $ 350,000 versus $ 400,000 a year ago – a 12% reduction.

The surge in home prices during the pandemic has improved the equity position for millions of owners. Still, banks remain cautious about who they lend to, the report shows. Of the more than $ 1 trillion in new mortgage debt last quarter, about two-thirds was for borrowers with credit scores over 760 – a high threshold.

Only 2% went to subprime borrowers, a sharp contrast to the 12% average seen between 2003 and 2007, before the Great Recession, according to the Fed. Last quarter, there were 81 million mortgage accounts, down from more than 98 million accounts in early 2008.

Another finding from the report is that younger Americans are jumping into housing. A record amount in mortgage originations came from people aged 18 to 29 last quarter. 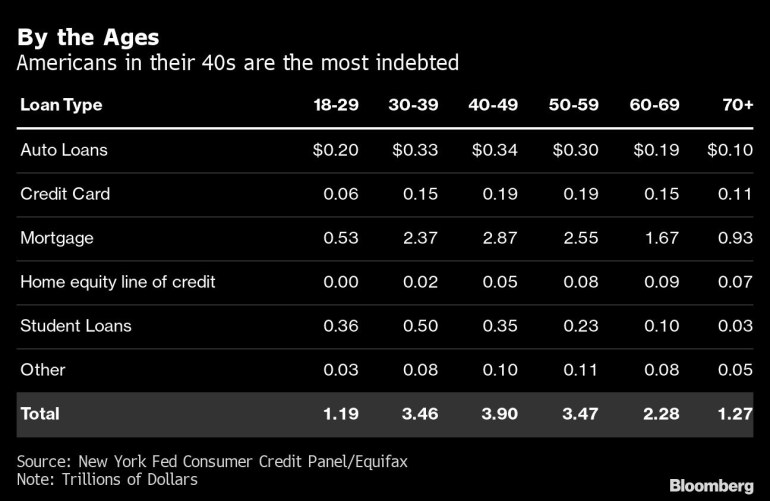 Student-loan debt, the second-largest component of debt among U.S. households, held at $ 1.6 trillion last quarter. The 2021 increase was the smallest annual gain in nearly two decades as hundreds of thousands fewer are now attending college.

About 45 million Americans with student debt will resume payments in May after more than two years of a pandemic freeze. Almost one-third of debt held by 18 to 29 year olds consists of student loan debt.

Americans owe a collective $ 1.8 trillion in student-loan debt, according to a separate measure by the Federal Reserve, a result of what critics call a broken system that cripples economic mobility, and one that cements the racial wealth gap, and affects women worse. 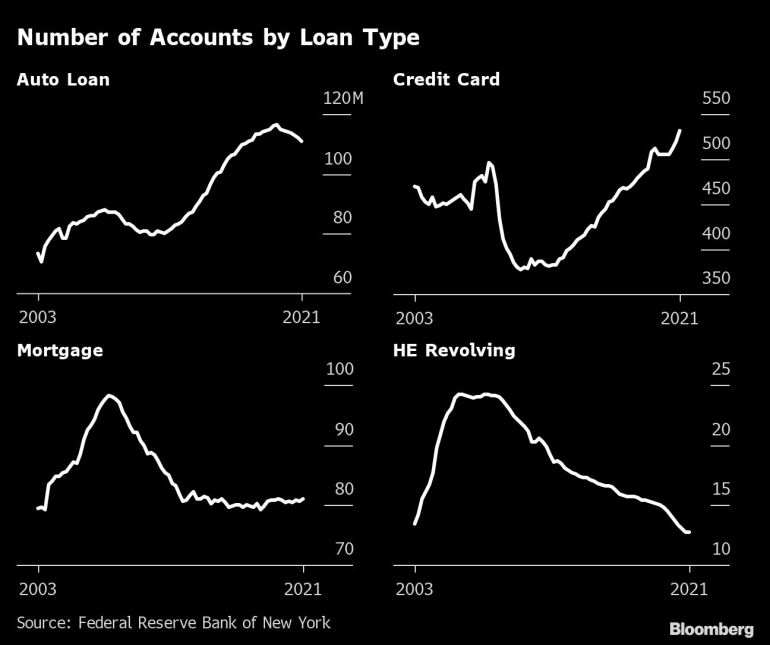