‘Post-Covid’ remains a mirage for many developing economies, warns UN

Join myFT Daily Digest to be the first to have news about the global economy.

Developing economies run the risk of lagging behind as rapid growth in developed countries speaks of a ‘post-Covid’ world, diverting policymakers from the need for continued support to poorer countries, many of which do not yet have vaccines not, the UN warned.

“The greatest risk to the world economy is that a recovery in the north will divert attention from the necessary reforms without which developing countries will remain in a weak and vulnerable position,” the UN Conference on Trade and Development said in a statement on Wednesday. report said. .

The pandemic is often seen as a opportunity to ‘rebuild better’ and reconsider the principles of international economic governance. But the chances of that happening run the risk of going away again, as it did after the global financial crisis, the report warns.

In sy Trade and Development Report 2021, Unctad said policymakers in advanced economies have not woken up to the magnitude of the shock in developing countries or its persistence.

“One thing that still amazes me is the lack of appreciation for the damage the pandemic has done to developing countries,” said Richard Kozul-Wright, director of Unctad’s Globalization and Development Strategies division.

While advanced economies “are already talking about the post-Covid world. . . In most of the developing world, this is a completely inappropriate description of where we are now, especially as opposed to the rhetoric of rebuilding better. “

Unctad expects the world economy to expand by 5.3 percent this year, slowing to 3.6 percent in 2022, but the recovery will be highly uneven. 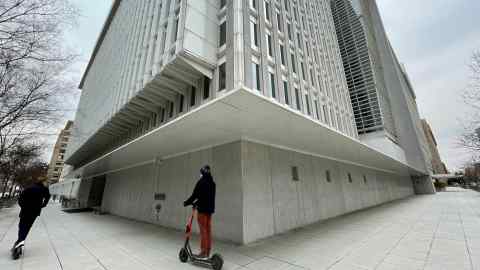 Unctad estimates that by 2025, developing countries will be $ 12 tons poorer than they would have been without the pandemic, based on their 2017-19 growth projects.

The report welcomes the allocation of $ 650 billion in special drawing rights by the IMF, but says more had to be done to address fiscal pressures, debt burdens and a lack of access to vaccines in many developing countries.

“These widening gaps, inside and out, are a reminder that underlying conditions, if left unchecked, will cause resilience and growth success that less and less privileged people enjoy,” said Rebeca Grynspan, Secretary-General of Unctad.

The report calls for joint debt relief and, in some cases, debt relief; a reassessment of the role of fiscal policy in the world economy; greater coordination of policies on systemically important economies; and ‘fat’ support for the implementation of vaccines in developing countries, including the waiver of intellectual property rights to speed up manufacturing and supply.