Housing rents are rising at their fastest pace for 13 years, with the average UK tenant facing a bill of nearly £ 1,000 a month, according to research that underscores the increased costs to renters as workplaces reopen but supply remains tight.

Rents rose by an annual 8.3 per cent to an average of £ 969 a month in the last quarter of 2021, according to a quarterly survey of the sector by property website Zoopla.

It said that demand for rental properties in January – as measured by inquiries to agents via its website – was up 76 per cent, compared to the four-year average from 2018 to 2021 for the same month. However, the stock of homes available to rent was 39 per cent lower than the five-year average at the beginning of the year.

Rents jumped in the last three months of 2021, Zoopla said, as commuters returned to reopened workplaces, students returned to campus and overseas travel rules were eased, allowing an influx of demand from overseas workers.

Supply of rental properties has also been constrained by landlords leaving the sector as a result of tax and regulatory changes, and those in rental properties remaining there for longer as house price growth has delayed their plans for purchasing property.

The Zoopla research said that rental affordability – rent as a proportion of average gross earnings for a single earner – was at 36 per cent, in line with the 10-year average of 37 per cent.

But other living costs are rising due to soaring inflation, the energy crunch and higher taxes. Richard Donnell, executive director at Zoopla, said higher living costs would hit all households and affect those on lower incomes more so.

“In the rental market this means renters staying put for longer and hoping landlords pass on more modest rent increases. Those looking to move will become more conscious about value for money as they consider how much of their disposable income they can allocate towards rent. ”

The researchers also detected a reversal of the pandemic shift towards the peripheries of cities. “Annual growth in rents in the inner cities [is] outpacing the wider commuter zones for the first time since the start of the pandemic, ”Zoopla said. 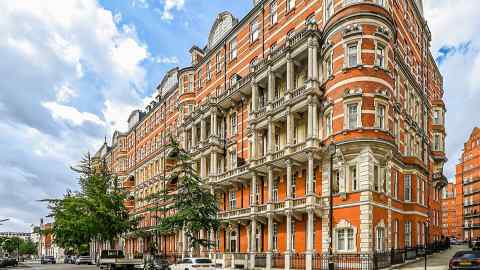 The pandemic triggered a shift out of city centers as people sought more space to sit out lockdowns, causing a surge in short-let rental vacancies in city centers. As demand has returned, rents have risen sharply even at the top end of the market.

Knight Frank, an estate agent, said rental values ​​for the most expensive or “prime” homes in London and the Home Counties were now 5 per cent above their pre-pandemic level of March 2020. In prime central London, demand from wealthy overseas tenants had retreated during the pandemic; but after restrictions were eased, rental values ​​rose by an annual 19.8 per cent in January, the biggest jump since the agent began recording rents in 1996.

Gary Hall, head of lettings at Knight Frank, said: “It’s a tough time to be a tenant at the moment. Rents are rising and the availability of stock is low. ”