Sudan’s second most powerful leader Mohamed Hamdan Daglo is on a two-day visit to Addis Ababa.

Sudan’s second most powerful leader meets with Ethiopia’s defense minister on a rare visit to Addis Ababa by a Khartoum official in the middle of the border tensions, according to officials.

He was met at the Addis Ababa airport on Saturday by Ethiopian Defense Minister Abraham Belay, according to a statement from Sudan’s ruling council.

He was also welcomed by senior officials of Ethiopia’s government and intelligence services, he added.

Daglo is head of the Rapid Support Forces (RSF), a much-feared and powerful paramilitary unit accused of atrocities in the western region of Darfur.

Relations between Khartoum and Addis Ababa have deteriorated due to a territorial conflict over the controversial Al-Fashaqa border region, where Ethiopian farmers are cultivating fertile land claimed by Sudan.

There have been sporadic fatal clashes between the two sides over the past few years.

Al-Fashaqa also borders Ethiopia’s troubled Tigray region, and tens of thousands of Ethiopian refugees have crossed into Sudan on the flight of fighters. 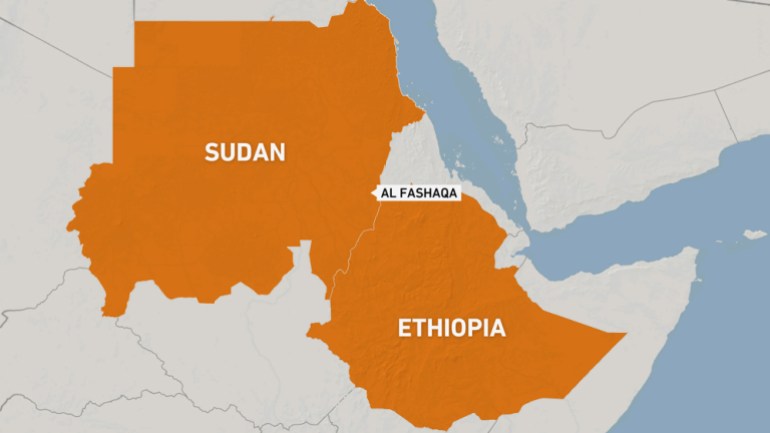 In November, Sudan’s armed forces said six soldiers had been killed in an attack by armed groups and militias linked to the Ethiopian army, a report denied by Addis Ababa, which blamed the Tigray rebels.

Sudan, along with Egypt, has also been embroiled in a bitter dispute over Ethiopia’s mega-dam on the Blue Nile.

The two downstream countries, which depend for most of their water on the river, see Ethiopia’s Renaissance dam as an existential threat. Both Khartoum and Addis Ababa have been caught in crises.

Sudan has been rocked by weeks of mass demonstrations since a October 25 military takeover that derailed the country’s fragile transition to civilian rule, with dozens of anti-coup protesters killed in a bloody repression.

Ethiopia is still trying to end a conflict that erupted in November 2020 after months of growing anger between Prime Minister Abiy Ahmed’s government and the former ruling party of the northernmost Tigray region, the Tigray People’s Liberation Front (TPLF).

The fighting has displaced millions and, according to UN estimates, driven hundreds of thousands to the brink of starvation.