The UK’s financial regulator plans to beef up enforcement operations, in a broad crackdown on what it calls “problem firms” across financial services.

The Financial Conduct Authority said on Thursday it will add 80 staff to pursue businesses that do not meet basic regulatory standards in all sectors, as it laid out its strategy for the next three years. It will also draft new rules to cover crypto assets including stablecoins, which are backed with traditional assets.

Crypto groups have criticized the regulator for what they see as an overly restrictive approach, and the government this week laid out its own plans to make the UK a center for digital finance. But the cautious stance from the regulator underlines its position that standards must not be compromised.

“Risks to consumers and the market must be appropriately mitigated. This may require further crypto asset regulation as the industry evolves, ”the FCA said.

The Treasury said this week that it intended to bring stablecoins under the regulator’s remit if they are used for payments. The FCA said it would consult on the regulation of these tokens later this year.

Crypto assets have been a significant focus for the regulator. Having said that, those in the crypto asset industry are likely to disagree with this approach, ”said Syedur Rahman, a partner at law firm Rahman Ravelli. Tighter regulation could eradicate privacy [and] tamper with innovation. ”

The FCA said it supported innovations in financial services as long as they have “applications that are in the public interest”, noting that stablecoin payments could reduce fees and make transactions smoother.

Stablecoins have traditionally been used mostly to purchase other more volatile cryptocurrencies such as bitcoin, but issuers have increasingly pushed the currencies as tools for remittances and faster transfers.

The rapid growth of the stablecoin market – which has increased from a value of $ 7bn to almost $ 190bn in two years according to cryptocurrency data site CoinGecko – has led to fears about its potential impact on monetary policy and financial stability.

The Bank of England’s financial policy committee warned last month that if a stablecoin did become widely adopted for payments, fluctuations in its value could threaten wider financial markets and called for a regulatory framework to mitigate these risks.

A group of top US regulators and the secretary of the Treasury said legislation was “urgently needed” in a report released in November. 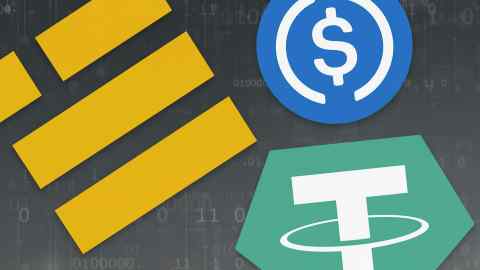 The lack of clarity around the reserves which back some stablecoins is among regulators’ concerns. According to market leader Tether’s latest attestationat the end of 2021 it still held a significant amount of its reserves in commercial paper, a form of short-term debt, of unknown provenance or nationality.

The FCA said it would ensure that crypto companies comply with anti-money laundering regulations and promised to intervene “where firms pose harm to consumers or market integrity”. It is set to receive new powers to oversee promotions for digital assets.

“At present, crypto assets are only regulated in the UK for money laundering purposes, and we do not have conduct or consumer protection powers over the industry,” the regulator said.

The government said earlier this week that it would launch a consultation on a broader set of regulations for the digital asset market. Sarah Pritchard, executive director of markets at the FCA, said the regulator would “continue to work closely with the government ahead of its consultation” on developing rules for crypto activities.

Video: What are stablecoins and how do they work?

For the latest news and views on fintech from the FT’s network of correspondents around the world, sign up to our weekly newsletter #fintechFT