Rokos Capital Management is applying for licenses to manage assets in Hong Kong and Singapore as part of an expansion into Asian equity capital markets as the UK hedge fund attempts to recover from a dire year.

The fund, which is run by former Brevan Howard partner Chris Rokos and manages $ 13bn of assets, will open its first Hong Kong office and expand its small base in Singapore as part of an Asia buildout that includes applying for licenses to trade equities in both jurisdictions.

Rokos Capital is boosting its presence in the region after steep losses in its core macro fund meant it suffered its worst performance last year.

Its entry to Hong Kong comes despite years of social and political upheaval in the territory and draconian pandemic restrictions that have forced a number of large financial groups to relocate staff to elsewhere in the region.

However, Hong Kong is still the main trading hub for Asia and the new office will give Rokos Capital closer coverage of Chinese stocks, where markets have been hit by much tougher regulatory scrutiny, the impact of zero-Covid policies, and fears of sanctions on China if it supports Russia’s Ukraine invasion.

The expansion comes at a time of turbulence, with investors retreating from blue-chip Chinese companies and switching focus to India in the hunt for alternatives. There has also been extreme volatility in Hong Kong, where equity fundraising has slumped to its lowest level since the global financial crisis.

Late last year, Rokos Capital hired Damien Brosnan, a former UBS and Morgan Stanley banker, to run its Hong Kong operations, and Shaun Roache, chief economist for Asia Pacific at S&P Global, to oversee the Singapore expansion. It will carry out some of its investments in other places like Japan and India from its new dual Asian hubs.

A person with knowledge of the decision said Asian equities was the smallest but fastest-growing asset class at Rokos Capitalwhich predominantly invests in macro strategies through interest rates and commodity prices.

The business had its worst annual performance last year, losing 26 per cent, or around $ 4bn, partly due to wrong way bets on interest rates. It has since raised $ 1bn of new capital from investors. 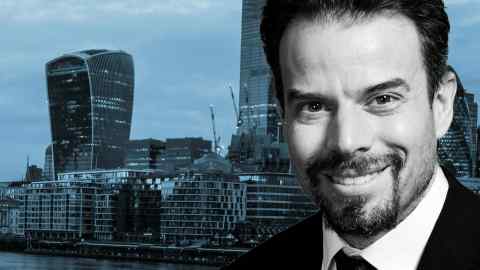 A number of international businesses are reconsidering their operations in Hong Kong because of strict pandemic restrictions that have led to an exodus of people and made it difficult to attract and retain staff.

Brosnan, who joined Rokos from the Hong Kong office of UK private equity manager Maven Capital, will continue to be based in the city.

The two offices will be set up “in parallel” said the person close to the decision. “The majority of the firm’s investments like rates and commodities naturally fit into Singapore, but if you want to be relevant in Asia equity capital markets you have to be on the ground in Hong Kong,” they said.

The Hong Kong license approval process typically takes around three months but the city’s regulator, the Securities and Futures Commission, also has staff shortages because of the restrictions. The commission’s chair said in February it lost 12 per cent of its staff last year, including 25 per cent of junior professionals.

Rokos Capital confirmed the license applications but declined to comment.