Brian Eagles is looking forward to being back in his Mayfair office three days a week, and has been working on a media acquisition for a US client. “I miss being in the office and the camaraderie and buzz,” he says. “Before the pandemic I went into the office four days and worked five – sometimes I would also work Saturday and Sundays if a client wanted something. I enjoy using my brain and keeping my intellect exercised. ”

This is not unusual for a lawyer but Eagles – whose client list has ranged from Hollywood stars such as Richard Burton and Elizabeth Taylor to rock band The Stranglers – is still working as a consultant at law firm Burlingtons in London aged 85.

Octogenarian lawyers like him are rare, particularly in the UK where law firms were notorious for showing partners the door in their mid 50s to make way for younger, ambitious lawyers to join the highly lucrative partnership. But this is changing as US law firms build businesses in London, intensifying a war for talent.

In the US, lawyers regularly work beyond their 70s. Corporate governance expert Ira Millstein, 95, is still working as a partner at US law firm Weil. David Boies, chair of Boies Schiller & Flexner who acted for Virginia Giuffre in her lawsuit against Prince Andrew, is 81. And the late Mordie Rochlin reportedly still worked three days a week at the Paul Weiss office in New York after he turned 100. Indeed , some 21 per cent of partners in the largest 200 US law firms are over 60 years old, according to legal market data provider Leopard Solutions.

There was a perception in traditional City firms that once a partner reaches late to mid 50s, time to go off and do something else

In the UK, however, solicitors aged over 70 made up just 3 per cent of partners, according to 2020 data from the Law Society of England and Wales, while the average age of a law firm partner in England and Wales was almost 51 for men and 47.5 for women.

Many UK law firms hang on to older lawyers as consultants – taking them out of the partnership equity but allowing the firm to benefit from their expertise. Philip Wood QC, 79, who started at Allen & Overy in 1967 and stepped down as special global counsel in 2018, says: “Those who wanted to stay on could do as consultants. . . It meant they could keep the skills and people who were still interested and did not have to pay them as much. ”

While age discrimination has been illegal in the UK since 2006, unlike other forms of discrimination such as sex and race it can be permitted if an employer shows it is justified. In 2012, for example, the UK’s Supreme Court ruled a small law firm in Kent could force partner Leslie Seldon, then 65, into retirement to allow for younger lawyers to progress.

But it appears the UK landscape is starting to change. One factor is stricter age discrimination laws in the UK. There has been a drop in the proportion of English law firms using a mandatory retirement age in their partnership deeds from 74 per cent in 2011 to 31 per cent in 2019, according to the Association of Partnership Practitioners.

But the success of US law firms that have set up London offices has led to a shift away from the pure lockstep remuneration system whereby partners in top UK law firms are paid based on time served, with those of the same seniority remunerated equally. US firm Cravath moved away from this in December last year and changes have been made by Clifford Chance, Freshfields and Allen & Overy.

Lockstep was seen as a tool for encouraging collegiality and equality. But it also generated complaints that underperforming, and often older, partners at the top of the lockstep scale could coast on the hard work of colleagues and still take home the largest profit shares. David Morley, former senior partner of Allen & Overy, recalls one case some years ago where a partner sat in his office for two years with the door closed and never charged a billable hour. This sparked fierce debate between those who felt being a partner was a job for life and those who wanted to act.

Some law firms are now opting for a more US-style, merit-based pay structure to attract and retain partners. “Now more firms have moved to a hybrid remuneration model – as a mix of lockstep and merit-based elements – they have more flexibility and they are not seeing the need to exit people in their 50s,” says Corinne Staves, head of professional practices at law firm Maurice Turnor Gardner. “Under a US model, if people are performing into their 80s it does not matter.”

Morley agrees. “There was a perception in traditional City firms that once a partner reaches late to mid 50s, time to go off and do something else,” he says. “Now it is perhaps less of an age issue and more of a performance one. . . You can not have partners with a sense of entitlement who are trading in past glories and other partners look at that and think they have lost it. ” 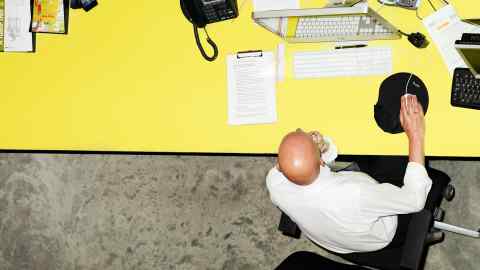 This new focus on performance can deter some older lawyers, however. A 2015 report on the Paradox of Partner Retirement, published by legal consultancy Jomati and wealth managers BoulterBowen Wealthcare, found that some partners “self-select” to retire. This was due to a range of factors including age, tiredness, lack of interest or, as one former “magic circle” partner put it, because “there are only so many dawn choruses you can hear from your office window in any one lifetime” .

“Partners are working longer than they did 15 years ago,” says Tony Williams, principal of Jomati. “But law firms are very performance driven and so the opportunity to stay as a full equity partner remains only for those who can still bring in the work.”

US law firms also play upon the perception that their UK counterparts exit partners in their late 50s, especially in London, the report found, which allows them to recruit high quality partners in their late 40s and early 50s – before any retirement discussions start. Indeed, some lawyers point out that US firms hire older partners in the hope that their clients will follow and be given to younger colleagues at the new firm when the time comes.

One reason why partner exits are so sensitive in the UK is the lack of a well-trodden exit route. Unlike many big accounting firms that encourage senior leaders to become a chair of an audit committee, for example, many law firms have been poor at encouraging professionals to consider life after practice and some partners have unrealistic expectations that they can walk into non-executive directorships .

But law firms “have got much better at this,” says Victoria Tomlinson, former director at EY and founder of Next-Up, which works with law firms and supports employers to help staff understand the impact of retirement, for example by holding workshops.

Eagles himself has no plans to retire: “I enjoy it. . . If it became a chore I would definitely not do it, ”he says.