The purchase now approved by the Competition and Markets Authority was the last piece of the puzzle in a wider € 10bn deal that Cellnex signed with Hong Kong-based CK Hutchinson in 2020 to acquire 24,600 phone masts in Austria, Denmark, Ireland, Italy, Sweden and the UK.

The finalized deal will have major ramifications for Three UK, which is owned by CK Hutchinson and is the fourth-biggest network provider in the UK. It will provide it with € 3.7bn to invest in a network that has been significantly underperforming its competitors.

Almost 20 years after its creation, and despite efforts to disrupt the market and increase market share, Three remains the smallest of all the main UK operators.

Karen Egan, an analyst at Enders Analysis, said: “If they are to have any chance of surviving as a standalone mobile network operator in the UK then they need to stop the downward spiral of poor network perception, fewer customers, lower returns [and] lower investment. ”

Three’s capital expenditure was just half that of its peers for the years leading up to 2020, Egan added, and even though it doubled its spending subsequently, it has not been able to catch up with the likes of Vodafone, O2 and EE. 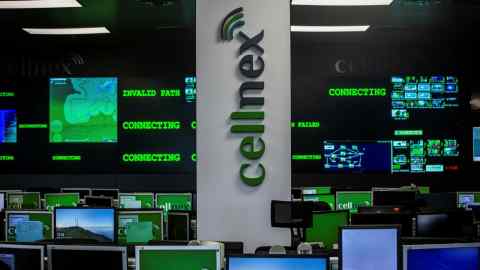 The modest remedies required by the CMA – that it disposes of roughly 1,000 UK sites that overlap geographically with the assets it is acquiring from CK Hutchinson – have also raised hopes that the department may be taking a slightly more lenient stance towards consolidation in the UK telecoms market.

The British arm of the Three brand was forced to abort its £ 10.25bn takeover of Telefónica’s O2 network when European regulators refused the deal in 2016, dealing a major blow to Three’s growth ambitions.

Nick Read, Vodafone’s chief executive, has recently been vocal about the need for greater consolidation in the UK telecoms market, and has voiced his desire to merge the company’s spun-off towers business, Vantage Towers, with another European tower operator.

CK Hutchinson completed the sale of its tower assets in Austria, Denmark and Ireland in 2020. The approval and completion of the sale in Italy and Sweden came in 2021.