Unilever has ‘lost the plot’ by fixating on sustainability, says Terry Smith

According to influential fund manager Terry Smith, Unilever has “lost the plot” and its management awards show its sustainability evidence at the expense of running the business.

The founder of Fundsmith, a top-10 shareholder in Unilever whose excellent long-term record helped him build a large retail following, used his annual letter to investors on Tuesday to hit the global consumer goods group.

The manufacturer of Dove soap, Hellmann’s mayonnaise and Magnum ice cream has set ambitious climate and social targets and is try to prove that sustainable business does drive excellent financial performance.

Smith, a veteran stock selector who runs the £ 28.9 billion flagship Fundsmith Equity Fund, wrote: “Unilever seems to be working under the weight of a board obsessed with disclosing sustainability credentials at the expense of the focus. on the fundamentals of the business. ”

He said that while “the most obvious manifestation of this is the public spit it got entangled in the refusal to supply Ben & Jerry’s ice cream in the West Bank. . . there are many more ridiculous examples that illustrate the problem ”.

Smith added: “In our opinion, a company that feels the need to define the purpose of Hellmann’s mayonnaise has clearly lost the plot. The Hellmann’s brand has been around since 1913, so we would guess that consumers have now figured out its purpose (spoilage warning – salads and sandwiches). 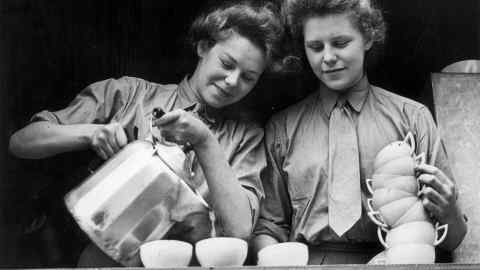 Unilever, whose shares have fallen by about 9 percent over the past 12 months, was one of the Fundsmith Equity Fund’s bottom five performers last year, along with PayPal, Amadeus, Kone and Brown-Forman. The negative contribution of these companies to the fund’s returns last year has led to its slight underperformance against its 2021 benchmark.

Smith defines his three-step investment strategy as “buy good companies, do not overpay, do nothing” – referring to minimizing portfolio turnover to keep costs down. He wrote in the letter that he would retain the position in Unilever “because we think its strong brands and distribution will triumph in the end”.

Our weekly insider story about the movers and shakers behind a multitrillion-dollar industry. Sign in here

Since its launch in November 2010, the Fundsmith Equity Fund has recorded 18.6 percent annualized gains.

Smith wrote: “We find it difficult to perform better in especially bullish periods where the market has a strong rise … as a rising tide drives all ships, including some that might otherwise have run aground and which we would not did not want to own. “