Africa’s largest independent data center builder is being bought by a US operator in a deal valued at $ 3.5 billion, while global investors are rushing to take advantage of the explosive growth of internet use on the mainland.

The New York-listed Digital Realty will acquire a 55 percent stake in South Africa’s Teraco, which operates some of the continent’s largest “carrier-neutral” data centers in Johannesburg, Cape Town and Durban, the companies said.

The deal is the largest yet in one of the world’s last major untapped internet markets, where the demand for connectivity and data is increasing among hundreds of millions of new phone users.

Founded in 2008, Teraco is in the midst of this boom, with technology giants and cloud computing providers seeking greater “co-location” in Africa, enabling them to host content in data centers closer to users and increase service speeds.

Teraco currently operates data centers with a power charge of 75 megawatts, but has a total planned capacity of almost 190MW and is building large new facilities.

The deal will “create a truly global, scalable platform that serves our customers in Africa and beyond” and will “take advantage of favorable operating trends and tremendous market opportunities”, said Jan Hnizdo, Teraco’s CEO.

In the next few years, African data center operators will also benefit from the completion of large submarine internet cables funded by Google, Facebook’s parent Meta and other investors.

Teraco also operates NAPAfrica, the continent’s largest internet exchange point connecting hundreds of telecommunications and content providers and which was a barometer of increasing internet activity in Africa. 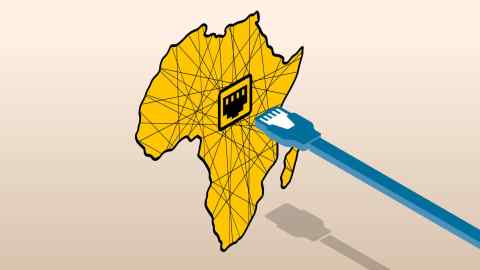 In 2021, NAPAfrica’s peak traffic exceeded two terabits per second for the first time, after hitting one terabit per second just before the pandemic, a milestone it took eight years to reach.

“Over the past seven years, Teraco has transformed itself into one of the most unique data center platforms worldwide,” said Pierre Pozzo, principal at Permira. The company’s organic earnings have grown nearly 20 times since Permira’s investment in 2015, he added.

Barely 1 percent of the world’s data center capacity is in Africa, where demand far exceeds supply. Outside of South Africa, Nigeria and Ghana are also fast-growing markets for this infrastructure.

In December, Equinix, a US data center builder, announced a $ 320 million deal to buy MainOne, a major West African operator founded in 2010.