US warns wealthy Russians against shifting assets to evade sanctions

The US has warned Russian oligarchs and businesses that it is monitoring their financial transactions for any signs of evasion of Ukraine war-related sanctions as well as tracking those offering them “material support”.

A senior US Treasury official said Washington had noted an uptick in efforts by rich Russians and companies to conceal wealth and money transfers in the month since western governments began imposing sanctions on Russia over its war in Ukraine. The US is also tracking those not already subject to sanctions.

Wealthy Russians, who are already well-versed in hiding their assets to evade taxes, were exploiting the “leaky” capital controls imposed by Moscow as part of its efforts to prevent a financial system meltdown, the official told the Financial Times.

“We’re seeing the transfer of wealth to new associates and the creation of shell companies. We’re watching these moves, ”the official said, adding that Russian banks and companies were adopting techniques that oligarchs had used for years to cover their tracks.

The official lauded western co-operation on sanctions enforcement, which meant rule-breakers not only risked losing access to the US financial system but euro and sterling-denominated transactions as well.

G7 countries and Australia are setting up a task force to track the assets of sanctioned individuals and those who may be targeted by future measures.

While some European capitals have expressed skepticism about US secondary sanctions – curbs on individuals and companies in other countries from doing business with US entities – Washington’s partners have promised to lean on others to fall in line. G7 leaders last week committed to “engaging other governments on adopting similar restrictive measures” they had already imposed.

The US wants further action to degrade Russia’s military equipment by clamping down on Moscow’s ability to buy foreign-made parts that are essential to prolonging its war, the official said.

The official added that Washington would target “key nodes in supply chains” to weaken Russia’s armed forces and its defense industry, which still relies on western technology.

“We’re going to keep going and we’ll keep going as long as the invasion continues,” the official said.

The official noted that a rare public appearance by Sergei Shoigu, Russian defense minister, in a video released on Saturday of a meeting to discuss military procurement was indicative of Moscow’s battlefield losses and difficulties replacing captured or destroyed weaponry.

The official said western co-operation on exports controls would leave other countries with little option but to comply or risk losing the right to use crucial US technologies in their manufacturing sectors. 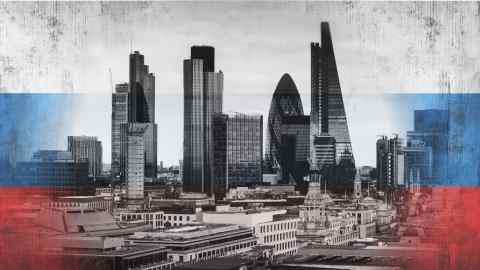 “Countries may not appreciate having to do this but they are doing it because the alternative is worse,” the official warned.

The US commerce department this month adopted export control measures to deny Russia access to semiconductorstelecommunications, information security equipment, lasers and sensors if they contain US technology – even if they are manufactured outside the US.

A country exporting these products to Russia without a US license could in turn be banned from accessing American components.

“No country is willing to lose that,” the official said, pointing out that, for example, China was not yet able to produce cutting-edge chips.

Washington believes sanctions will do lasting damage to Russia’s economy. Many of the retaliatory measures announced since Russian President Vladimir Putin launched the invasion of Ukraine on February 24 have only taken effect in the past few days.

The official said the US was determined to prevent Russia from “projecting its power” in the future, suggesting sanctions may be long-lasting, and added that a ceasefire or peace deal would be required before the lifting of any sanctions would even be addressed.

“Ukraine would have to reach an agreement with Russia before we can think about sanctions going forward,” he said.