Water companies leak sewage into waters of England and Wales 370,000 times in 2021

Water companies in England face a clampdown on dumping raw sewage into rivers and the sea, as the latest official data showed there were more than 370,000 spillages last year.

But campaigners rejected the UK government’s proposals, which also cover Wales, as inadequate. The measures announced on Thursday include plans to cut discharges into bathing waters during the swimming season by 70 per cent by 2035.

The move came as the latest figures published by the Environment Agency showed that the nine largest water and sewage companies reported 372,533 spillages last year, a slight fall on the previous year.

The worst performer was United Utilities, which released sewage into the environment in Manchester and north-west England 81,588 times last year. The company did not immediately respond to a request for comment.

The official data is not a true reflection of the number of spills as the government has since 2009 relied on water companies to monitor their own sewage outflows. Moreover, one reported spill could last several weeks.

Ofwat revealed earlier this month that several water companies had told the industry regulator they “had difficulty in stating whether a wastewater treatment works was operating in line with required standards” as they did not have monitors in place.

“We are the first government to set out our expectation that water companies must take steps to significantly reduce storm overflow. Today, we are setting specific targets to ensure that those storm overflows are used only in exceptional circumstances, ”said George Eustice, environment secretary.

The water industry said that if the proposals were implemented it would “represent the single biggest investment in the water environment since the 1990s”, adding: “This level of transformation will require significant new investment over the next decade, building on the £ 3.1bn of spending between now and 2025. ”

But clean-water activists said government was not acting fast enough. Ash Smith, co-founder of the campaign group Windrush Against Sewage Pollution (Wasp), which exposed thousands of illegal sewage spills by water companies, said the proposals were “way too little and will take way too long to deal with a serious environmental and public health crisis ”.

Hugo Tagholm, chief executive of Surfers Against Sewage, said: “The level of public outrage on the sewage pollution scandal continues to grow by the day, yet we’re seeing a consultation today that provides us with targets and timeframes decades away.”

Although water companies are allowed to release a certain amount of sewage during heavy rains, evidence from citizen scientists such as Wasp has found that releases also occur during dry periods. 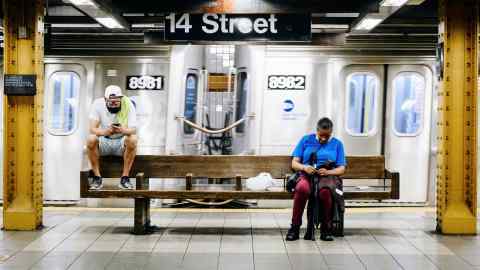 The government’s attempts at tightening up on spills comes as pressure is mounting on the industry, which was privatized more than 30 years ago. Just 16 per cent of coastal waters and rivers meet the minimum good ecological status, according to the Environment Agency.

England and Wales are among the only countries in the world to have fully privatized their water and sewage network, with three listed regional water monopolies and the rest owned by a clutch of private equity, sovereign wealth and infrastructure funds.

Although privatization was intended to bring investment, this has fallen by almost a fifth in the past 30 years, from £ 2.9bn a year in the 1990s to £ 2.4bn now, according to research by the Financial Times.

Over the same time the companies, which were privatized with no debt, have borrowed £ 53bn, the equivalent of about £ 2,000 per household, much of which has been used to help pay £ 72bn in dividends.