Investors with money trapped in the fund formerly run by fallen star stockpicker Neil Woodford will have to wait even longer than expected to see the rest of their money returned, close to three years after the fund was shuttered.

Link Group, the fund administrator overseeing the wind down of the Equity Income Fund, said on Tuesday that the small cache of remaining assets still trapped in the fund may not be sold until 2023 or beyond. The company previously said it expected to complete the final sales by the end of 2022.

“Due to the nature of the fund’s remaining assets and our commitment to achieving the best outcome for investors it is possible that the wind up of the fund may not be completed by the end of 2022,” Link managing director Karl Midl said in a letter to investors.

Midl added that he was “unable to provide a specific date” for further payouts to investors, which would bring to a close the saga that began when Woodford’s £ 3.7bn fund was frozen in June 2019. 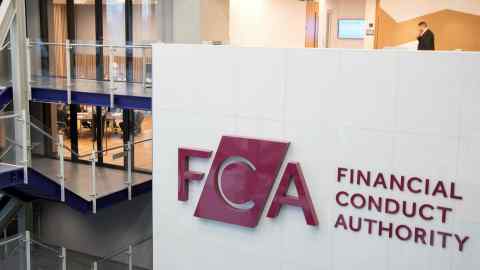 Investors whose money was trapped in the fund when it shuttered have so far received £ 2.54bn in payouts from the sale of the frozen assets. But Link is still holding £ 141mn worth of assets, largely comprising stakes in private businesses, that it has been unable to sell at a satisfactory price.

“This will be extremely disappointing for investors locked in the fund. It seems that little progress has been made on disposing of the remaining assets in the fund since Link’s last update just over three months ago, ”said Ryan Hughes, head of investment research at investment platform AJ Bell.

Hughes noted that as of Link’s most recent valuation, in February, the unsold assets had increased in value by 13 per cent compared with their price in October, but that this uplift “will be of little comfort given the longer term performance”.

If the remaining assets were sold at their current value, investors would collectively still be nursing roughly a £ 1bn loss from the collapse of the fund, compared to the value of the portfolio on the day it was frozen.

The further delay to the final payout comes as burnt savers also wait for the Financial Conduct Authority’s report into the affair.

FCA chief executive Nikhil Rathiin a letter to the Treasury select committee of MPs in December, said “all key evidence has been gathered” in the probe, but that the watchdog needed more time to study the information.

“We are now finalizing our legal analysis with a view to making decisions as to whether to take action and, if so, what action should be taken and against whom,” Rathi said.

In January, Mel Stride, MP, the chair of the powerful Treasury select committee, urged the FCA to move quickly. “I expect the FCA to ensure that this investigation and any regulatory action which follows is resourced to ensure as swift as possible a conclusion,” he said in a published letter to Rathi.

Moira O’Neill, head of personal finance at Interactive Investor, said: “The FCA must provide some answers soon, because investors need closure of some kind. We were expecting news from the regulator by the end of 2021 but the deafening silence has continued well into 2022. ”

The fallout from the shuttering of the Woodford fund highlights the problems that can strike daily-dealing funds when they hold assets they cannot easily sell.

A number of Russia-exposed funds, holding at least € 4bn in combined assets have frozen in recent weeks, following the invasion of Ukraine.

Although the causes of the freeze and the outlook for these funds differ, Hughes said both cases show that investing in daily-dealing funds does not guarantee that investors will always be able to get their cash back. If the underlying assets cannot be sold, investors may have to wait.

“In all cases, they were not able to provide daily dealing for their investors.”