It is also a more sentimental novel than Shuggie Bainwith a more predictable plot, so that at times it does not really feel like a second novel at all: more like a promising first draft that had been left in a drawer until its author’s mammoth success made its publication inevitable.

Which is not to say it is a bad book. Far from it. The writing – peppered with “weegieisms” (people taking “swallys” of tea and doing things “the gether”; the weather’s “smirr and shine”) and careful descriptive similes (the jealousy that rolls around Mungo’s stomach “like a marble dropped into a children’s toy ”) – is always precise and alive. As in Shuggie Bainthe beauty of Stuart’s sentences contrasts with the bleakness of the world they describe.

Mungo (whose absent Protestant father encumbered all his children with strong Glaswegian names) is the sensitive, Tourette’s-suffering youngest son of Mo-Maw Hamilton, an alcoholic single mum very much in the mold of Shuggie Bain‘s proud but chaotic Agnes. Mo-Maw’s other children are Jodie – clever, caring, with ambitions to escape her origins that feel precarious from the off – and Hamish, the brutal, swaggering leader of a local gang, who thrives on cruelty and engages in regular bouts of sectarian violence that give a strange kind of order to his days.

Mungo is a quiet, closeted young teenager, unwilling to acknowledge his sexuality until he meets James, who lives on the same housing scheme and keeps pigeons. Worse than the pigeons, James is Catholic, for which crime Hamish “used to kick the shite out of” him as a boy. As James and Mungo grow close, the discovery of their relationship (and the destruction of those innocent pigeons) comes to feel inevitable.

As in Shuggie Bain, the inescapability of Glasgow – the sheer unthinkability of life existing outside the city – is a prevailing theme. Those moments of escape that the boys do experience have the air of fairy-tales. There’s a wonderful moment when Hamish takes Mungo on a joyriding spree out of the city to a nearby castle, where they bask in the romantic beauty of the landscape and feel something approaching happiness. Then they torch the car so that its owner can claim the insurance. Later, James and Mungo go on a cycle ride, picking a compass direction and following it until they arrive in unfamiliar, paradisal countryside.

Structurally, the novel is also reminiscent of Stuart’s debut. As in Shuggie Bain, it opens with a parallel narrative, set after James and Mungo’s relationship has been discovered, which runs through the book. This narrative describes a fishing trip Mo-Maw has organized with two acquaintances, with the aim of introducing Mungo to what she calls “masculine pursuits”.

The writing is beautiful – but the voice is occasionally uncertain whether to identify with Mungo or those around him, or with the reader

The loch they arrive at is an Eden: “The denuded mountains stretching as far as Mungo could see. The sun illuminated the eastern face of the crags and left the other faces in deep shadow. These shadows held pockets of speckled snow that looked like flaking paint, like old coats of white emulsion that were peeling away from the moss-covered hills, as if it were the handiwork of a careless God. ” But, this being a Douglas Stuart novel, there is a darker side to paradise.

As in this passage, the narrative mode throughout is a kind of brocaded realism. The writing is always beautiful – but if at times it feels overworked, then that’s partly because the voice is occasionally uncertain about whether it wants to fully identify with Mungo or those around him, or with us.

When Jodie considers her younger brother’s physical beauty, the third-person narrator steps in to fill in gaps on her behalf: “Her younger brother was a rare sort of handsome. His was not the usual blunt or rugged masculinity, and it was not the over-preened, over-musked, amateur-footballer style that the boys in her year aspired to. Mungo had high cheekbones and a refined brow that Jodie, with her plump cheeks and stub nose, would have killed for. ” That “rare sort of handsome” suggests that it’s Jodie doing the appraising, but in the second half the voice feels more paternalistic: not judgmental, but slightly on the side of – or from the world of – the reader, rather than the characters. 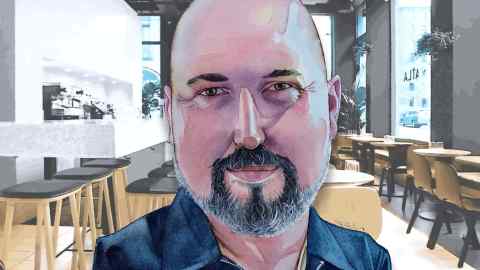 There’s so much that’s great here. There are some blistering, maniacal set pieces: when Hamish leads his band of boys, like a grotesque Peter Pan, on a mission to rob a builder’s yard or to fight a Catholic gang; and an affecting, delicate portrait of a closeted gay man who lives on Mungo’s housing scheme.

It’s just a bit of a shame that these moments take their place in a novel which – despite its many merits – feels familiar, and in the end threatens to collapse into predictable sentimentality. But maybe when your first novel is Shuggie Bainit does not matter that your second one is too.